If you sit in a Starbucks with someone for five straight hours, you’re either on a great date or have a really good business idea. Turns out it was the latter for both Eran Henig and Yishay Waxman, and where the Thriver story truly began. Meet Thriver’s founders, who are leading the workplace culture revolution.

Today, Thriver is a company that’s synonymous with workplace culture. Thousands of companies rely on Thriver’s technology to discover hundreds of service providers, book engaging activities and manage all workplace culture services in one place. With offerings ranging from in-office food & kitchen services, on-site or virtual team activities, professional development programs, to services that transform the office space, Thriver has a reputation amongst employers and employees for fostering the togetherness that organizations need to thrive.

Thriver’s success was born from two innovators with big ideas. In 2015, Thriver (formerly Platterz) came to life after a fateful five-hour meeting in a Starbucks between its two co-founders, Eran Henig (CEO) and Yishay Waxman (President). Here are their stories.

Yishay Waxman has a sales career that could make anyone’s head spin: 25 years. 92 countries. Pioneer of the early app days. Sold the first ever ringtone in North America. Got Angry Birds and Candy Crush into the hands of millions. Waxman is a man of great drive, and, as one quickly finds out, filled with fascinating stories.

Eran Henig is a tireless tech innovator with dozens of successful projects under his belt. He’s a seasoned master of code. And for as long as he can remember, he’s been a uniter of people. From organizing massive events for thousands of people in Israel, to transforming a culture of siloed tech engineers at the University of Toronto, Henig brings two things to the table: smart ideas and amazing people.

Although Thriver initially started as a platform to manage office food programs (and was called Platterz), the co-founders realized that prospective clients had a real need for managing and working with an established network of trusted service providers, who can deliver at scale and customize based on the complex needs of their employees. With time, Thriver expanded its offerings to meet customer needs, evolving into the workplace culture platform it is today.

Both men had recently sold companies and were ready for a new adventure. Waxman was looking for the next culture-shifting idea to sink his teeth into, and around the third hour of that fateful coffee date, their conversation turned to a subject that piqued his interest.

Henig, always the connector, had recently focused his attention on the world of corporate catering, and identified an opportunity that no one had tapped into. E-commerce was on the rise, but B2B office catering hadn’t been mastered yet. He wondered if there was a better way companies could be feeding their teams.

Henig’s theory got Waxman reflecting on his days working for a company in Boston and eating the same tuna wraps, Monday to Friday for nine years, essentially because it was the most convenient option. It sucked, and he wondered if that’s how other companies felt about their food programs.

But this wasn’t just about food. Both men understood how valuable it was to bring people together; to share meals with peers and friends, connect with each other, and create memorable experiences. Their respective lives had taught them that sharing a meal in good company was never just about sharing a meal. They understood there was something powerful to it, almost magical. And with that, they knew they weren’t just going to make a better way to order lunch to the office. They were going to make something that fuels all aspects of company culture to build a thriving workplace.

Building their own company culture from scratch, Waxman and Henig brought together some of the smartest, most creative, most motivated people they knew. Once they had their dream team, they set up shop in Waxman’s house, later moving to a cramped boardroom in a friend’s office. It was a tight, chaotic squeeze but the team got to work – coding, cold-calling, building features, pounding the pavement; using their sharp, creative minds to shake up the stale world of office culture, and wake it up to something better.

What started as an idea between two guys over coffee was blooming into something with genuinely disruptive potential – all thanks to this team of bright, energetic people who believed in it.

“When I was first going to be introduced to Yishay, I thought he would just be another guy with an idea, but after meeting him and Eran, and hearing about their past experience, I quickly realized, ‘oh wait, this thing can be massive.’”

Tal Brodsky, Senior Director of Business Development and another instrumental member of the founding team is similarly inspired by the evolution of the company. “We were scrappy in the beginning, and did everything ourselves. We’d say yes to client requests on the fly, and then figure out a way to make it happen. When I look back now, I’m able to see that we were creating something that didn’t exist before,” Brodsky says. “At Thriver, we really value client feedback, and we use that to help inform our evolution. While we’ve really matured as a team, and as a product, the vision that Eran and Yishay first set out still still guides us today,” he says. Eventually Thriver (formerly Platterz) moved into a bigger office and expanded their team across North America. In August, 2020, Thriver announced a $33M Series B funding round which led the company to their next chapter as Thriver to fuel a company culture revolution.

A team of people who are inspired and motivated by each other isn’t just the culture created at the Thriver’s office, it’s the culture this platform is helping fuel in offices around the world.

Not only did the team invest in strong minds for tech, creativity, and business, they incorporated people highly trained in human psychology.

“Psychology plays a huge role in our hiring and retention strategy. We understand that people’s day-to-day should be challenging enough to take them outside of their comfort zone, but also allow them to be who they are, and have opportunities to connect with others. To get people to achieve something great, you have to invest in them and what matters to them. We make sure our employees feel seen and valued, and we’re building technology that helps other companies do the same thing.” said Valeria Latman, VP of Brand Strategy & Organizational Psychology

The dynamics of people and connection and human interaction are the beating heart of this platform, and the driving force of an engaged, motivated company culture, so it’s a top priority for everyone at Thriver to understand what makes a group of people feel connected.

Now operating across North America and serving 50,000 employees a day, Thriver has expanded beyond just the food and kitchen space. Thriver offers more services and solutions that energize employees and help companies of all sizes realize the true, formidable potential of a connected culture. Through this extension, Thriver offers curated Team Activities, ranging from health & wellness, arts & entertainment, cooking classes, to volunteer opportunities as a way to connect employees together wherever they are. Thriver’s services also include Professional Development programs that are focused on empowering a company through training, coaching, consulting, and mental health support. Additionally, a great culture starts with your surroundings, which is why in an effort to help companies build a thriving workplace, Thriver offers services to design, build and furnish a safe and functional Office Space.

“With everything we’ve gone through in 2020, distributed workforces desperately need to foster togetherness now more than ever. Our clients have been relying on us to provide them with services that drive employee engagement, and they can do that now no matter where their teams are,” – Eran Henig, Thriver CEO and co-founder

“We’ve come a long way from when Yishay and I first met at that Starbucks, and we both couldn’t be prouder of how much our team has grown. Our whole team is energized to see the way other companies use Thriver to build a culture and workplace that’s completely unique to each contributing individual.” 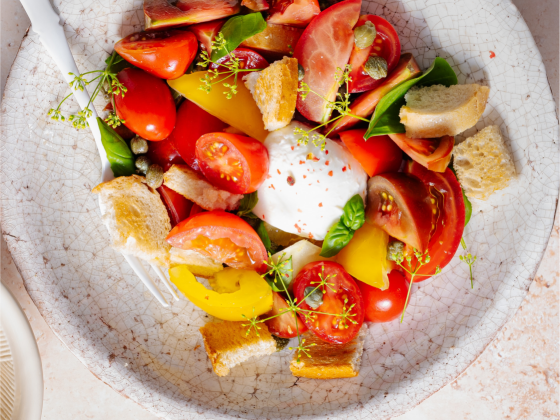 Valentine’s Day Celebration Ideas for the Office in 2023 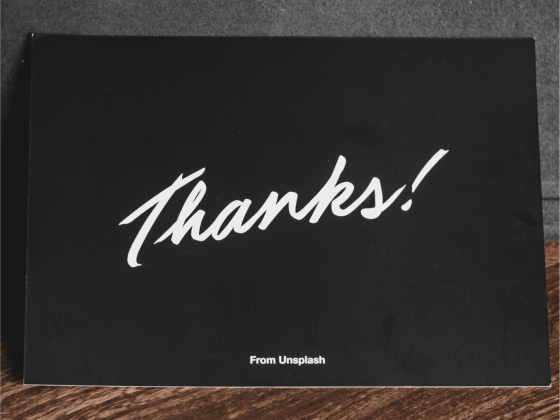 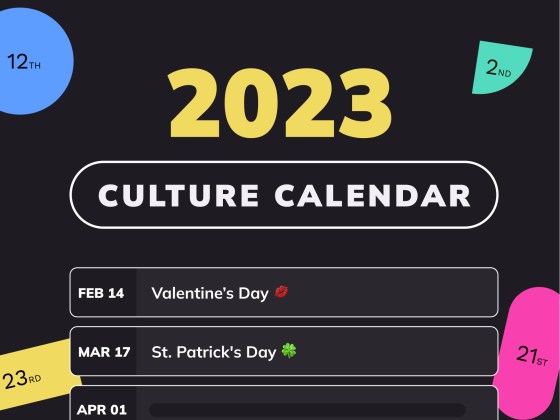 Your Company Culture Calendar for 2023 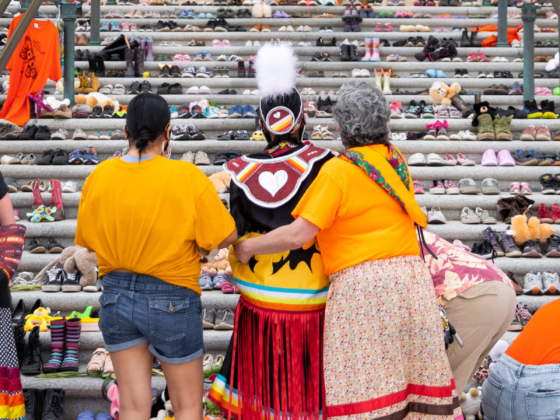 Meaningful Recognition of National Day for Truth & Reconciliation at Work 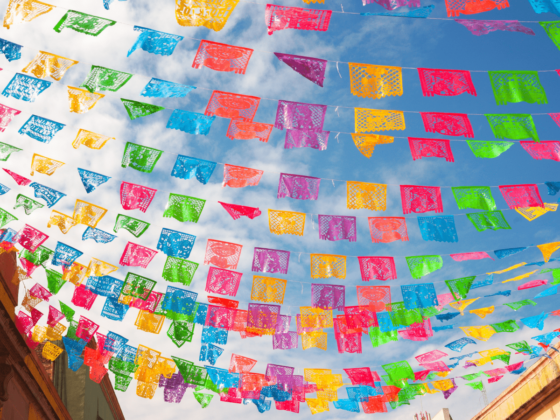