The goal of every workplace should be to ensure their employees feel seen and valued. And while that employee of the month award is great, what your workforce really wants is for you to go beyond their performance and focus on understanding them as individuals in all their complexity.

June is Pride Month – and that means your company has a wonderful opportunity to demonstrate your support of the LGBTQ+ community. Keep reading to learn more about this month-long observance and how to celebrate Pride Month in the workplace.

What is Pride Month?

In many ways, this is a loaded question. Over the last decade, Pride Month has become commercialized in the same way as holidays like Valentine’s Day, and while this has brought all the allies into the celebration and raised visibility, it has also resulted in us losing sight of where Pride Month began.

Stonewall was a riot. And it is where Pride Month was born. In June 1969, patrons and supporters of the Stonewall Inn in New York City staged an uprising to fight back against police harassment and persecution of the LGBTQ+ community. Led primarily by trans women of color, this event marked a turning point in history, launching a movement to eliminate discriminatory laws and practices designed to harm LGBTQ+ individuals.

While it is often treated as a celebration of identity, Pride didn’t come about as a means of celebrating being queer. It was about creating spaces where LGBTQ+ people could exist freely, without persecution. Pride parades started so a community often forced into the shadows could come out and be unabashedly open due to strength in numbers.

Does this mean that celebrating Pride Month in the workplace or focusing on the observance as an identity celebration is wrong? Not at all. Rather, it is a reflection of how far we have come – being able to celebrate being LGBTQ+ openly rather than just in select spaces.

Has it always been LGBTQ+ Pride Month?

History isn’t something you look back at and say it was inevitable. It happens because people make decisions that are sometimes very impulsive and of the moment, but those moments are cumulative realities.

You might ask yourself, what’s in an abbreviation? In the case of the LGBTQ+, there is a lot to unpack. For decades, the acronym was just LGB – lesbian, gay, and bisexual. That was a problem, especially considering the reason we have Pride Month is Stonewall, and the reason we have Stonewall is the work of trans activists like Marsha P. Johnson.

This acronym didn’t change until the new millennium. Now, it is inclusive of a wider variety of identities and leaves room for those that have yet to receive widespread recognition. One of the most important things to know before celebrating Pride at work is what these letters represent. Here’s a quick primer:

And don’t forget that one person can fall under multiple items on the list above. Transgender people can be lesbian, gay, or bisexual. Someone who identifies as gay might also be a + if they are demisexual. Expect the list of identities to keep expanding as people feel freer to explore who they really are.

When is Pride Month?

“What is straight? A line can be straight, or a street, but the human heart, oh, no, it’s curved like a road through mountains.”

To celebrate Pride Month in your workplace, you need to know when it is. In both the U.S. and Canada, it runs from June 1st to June 30th. This month was selected due to the Stonewall Riots also occurring in June, with many Pride parades and marches coinciding with significant dates relating to the riots.

No, they are different, and that is important to know before you start brainstorming Pride Month ideas for work. LGBTQ+ History Month takes place in October and focuses specifically on looking back at the struggles and contributions of LGBTQ+ throughout history. It is also meant more for society at large to learn more about the hidden figures of our collective past.

Pride Month focuses more on celebration and looking forward – improving the way LGBTQ+ are treated and securing their rights for future generations. It’s about creating safe spaces and, with progress, turning the world at large into a safe space for all.

Why celebrating Pride in the workplace is important?

I’m living by example by continuing on with my career and having a full, rich life, and I am incidentally gay.

Celebrating Pride Month is part of diversity and inclusion in the workplace. This is important, not just for your employees but for your institution as a whole. Focusing on creating a welcoming and open environment has been proven to create positive outcomes for individuals and businesses.

The problem is that minorities, including the LGBTQ+ community, experience so much discrimination and outright hate in their lives, even as society progresses, that if your workplace isn’t outwardly inclusive, they lack a sense of security. And when it comes to identities that are only now being talked about by mainstream culture, this is even truer.

That’s why promoting Pride Month in the workplace is so important. It is a firm demonstration that your workplace acknowledges and celebrates their identities, and this, in turn, signals that your company is a secure place to be.

How to celebrate pride month at your company?

Love demands expression. It will not stay still, stay silent, be good, be modest, be seen and not heard, no. It will break out in tongues of praise, the high note that smashes the glass and spills the liquid.

Maybe 2022 is the first time you’ve given thought to how companies celebrate Pride Month, or maybe you are a veteran of Pride celebrations. No matter the case, you don’t want to hit the wrong note with your Pride activities for work. To help kick off your brainstorming, here are some solid ways to observe Pride Month in the workplace.

Dig into the rich history behind pride

We’ve barely touched upon the incredible history behind Pride, including the overwhelming details of the events at Stonewall and the pushback Pride parades received over the decades. A great way to celebrate Pride Month at work is to help people actually understand all the events behind this month-long observance. Help your workforce learn more about LGBTQ+ Pride and history.

That plus sign in LGBTQ+ encompasses a lot of identities, none of which are talked about much or well understood by the general public. This knowledge gap can unintentionally lead to a hostile work environment for those whose gender identities don’t align with what most people have in their heads. Even if you consider yourself a true ally to the community, chances are you and your employees can learn more about gender identity and expression.

With these ideas for how to celebrate Pride Month in the workplace, you can make a clear demonstration of your support for the LGBTQ+ community while uniting your team through the learning process. Embrace Pride Month in all its glory, from its rich history to the lavish celebrations.

Do you know the two main factors that drive employees to stay with their current employers, become active members of their teams, and contribute to the company’s success? The first is pretty obvious: interest in the work. Seventy-four percent of employees reported...

With the worst of the pandemic behind us, companies all over face the challenge of bringing employees back to the workplace and reintroducing the stressors that come with working on site. If pre-pandemic - and pandemic - life has taught us anything, we need to...

What can Workplaces do to Support Women Better

Although American workplaces have made progress in recent decades to promote equity and fight gender discrimination in the workplace, we still have a long way to figure out how to support women in the workplace. According to the 2020 Global Gender Gap Report, it will... 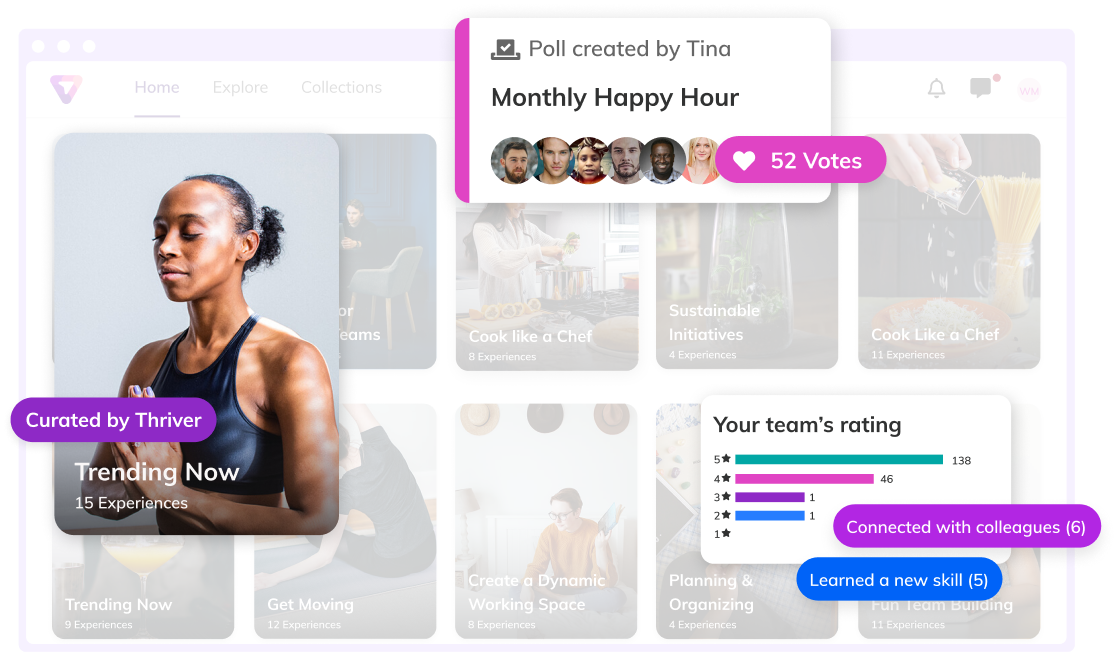