At Thriver, we help workplaces ensure every employee feels recognized and valued. This means looking beyond their contributions to the workplace and focusing on better understanding the individuals and their identities.

What is LGBTQ+ History Month?

All of us who are openly gay are living and writing the history of our movement. We are no more – and no less – heroic than the suffragists and abolitionists of the 19th century; and the labor organizers, Freedom Riders, Stonewall demonstrators, and environmentalists of the 20th century.

LGBTQ+ History Month is a 31-day recognition of lesbian, gay, bisexual, transgender, non-binary, and other non-straight or non-cis individuals who have had a major impact on history or are currently shaping it as it is written. It’s an opportunity to dig into the stories and achievements of those who rarely make the pages of the average textbook, or when they do, their identities are typically erased.

What’s in an Abbreviation?

LGBTQ+ wasn’t always what it is today. In fact, it started as just LGB – an abbreviation that remained in wide use up until we moved into a new millennium. Since then, it has expanded to include a wider variety of identities and make room for those that are still seeking recognition.

One of the biggest LGBTQ+ History Month facts you need to know is what these letters actually stand for. Here’s a quick guide:

Keep in mind that someone can have multiple identities. For example, they could be a lesbian, in that they have a romantic attraction to women, but also be asexual. The list of identities continues to grow as people gain more freedom to explore who they truly are.

A Rich History that is Still Being Written

Lesbian and Gay History Month was first celebrated in the United States in October of 1994, eventually becoming LGBTQ+ History Month as we know it today. While as a culture, we tend to think of LGBTQ+ history as something recent, LGBTQ+ people have always been here, making their mark in the sciences, arts, military, politics, and society as a whole. LGBTQ+ history is all of our histories. This month isn’t meant to put these individuals and their contributions into a corner but to shine a light on the stories and identities so often overlooked.

And like all history, it is still being written. The LGBTQ+ community is constantly changing and evolving, just like any other culture.

Using the pride flag as a representation of this change, it was first designed in the 1970s at the request of Harvey Milk. At that time, it included red, orange, yellow, green, blue, and violet. Now, it also has black and brown stripes to recognize the fact that so many LGBTQ+ trailblazers were people of color, as well as baby blue, pink, and white to celebrate the contributions of trans people.

LGBTQ+ History Icons to Celebrate in 2022

When is LGBTQ+ History Month?

Equality means more than passing laws. The struggle is really won in the hearts and minds of the community, where it really counts.

LGBTQ+ History Month is celebrated in multiple countries around the world, which means that in some cases, it isn’t the same month in one place as it is in another.

For the United States, Canada, and Australia, LGBTQ+ History Month is observed from October 1st through October 31st every year. These dates were selected to coincide with National Coming Out Day on October 11th and the anniversaries of the first and second marches on Washington for LGBTQ+ rights.

What is the difference between LGBTQ+ History Month & Pride Month?

It is not our differences that divide us. It is our inability to recognize, accept, and celebrate those differences.

It comes down to a difference between celebration and education. Pride Month was inspired by the 1969 Stonewall Uprising and is meant to give LGBTQ+ people a safe space for embracing and honoring their identities while also bringing focus to the ongoing struggles the community faces.

October functions as an LGBTQ+ awareness month. It’s not just for the community but for society at large to learn about the contributions and achievements of LGBTQ+ people. History is about heritage, and bringing LGBTQ+ history to the forefront highlights not just how these individuals shaped their own community but how they have always been there, impacting society as a whole.

Why it is important to recognize LGBTQ+ History Month in a workplace?

I believe that no one should ever have to choose between a career we love and living our lives with authenticity and integrity.

Diversity and inclusion drive positive outcomes in the workplace, both on the individual level and the institutional one. The more welcoming and supportive your environment, the happier and more productive your workforce will be.

The problem is many LGBTQ+ individuals have experienced so much bias and discrimination in their lives that unless you are openly inclusive, they don’t feel safe. For those with identities that are less understood by the larger culture, such as transgender people, this is even truer.

Why observing LGBTQ+ History Month at work is important comes down to the fact that it is a clear demonstration of acceptance and signifies that your workplace is a safe space for them to be – they don’t need to choose between a career with you and being true to themselves.

How you can support LGBTQ+ History Month in your workplace

We will not go away with our issues of sexuality. We are coming home. It is not enough to tell us that one was a brilliant poet, scientist, educator, or rebel. Whom did he love? It makes a difference.

LGBTQ+ History Month 2022 might be the first time your company has observed this month, or it might be a long-term part of your yearly commemorations. No matter which is true for you, you want to make sure that this year, you take the right approach. Here are some LGBTQ+ History Month activities and ideas you can implement.

There are many ways you can do this, but one of the best is giving all your employees a solid foundation on which to start. It is one thing to have good intentions, but everyone needs to know the right terms, inclusive language, and even basic facts about the difference between gender and sexuality. A simple interactive workshop on being an ally in the workplace can jumpstart your efforts to be inclusive.

Additionally, the climate around trans rights has significantly changed in recent years. If you are looking for allyship to make a big impact, this is where to focus. Consider a trans-specific allyship seminar to help everyone do better.

If you already send out frequent company-wide emails or newsletters, you can easily work in some information about LGBTQ+ history. Keep in mind that this doesn’t need to be a boring list of dates; you can link to podcasts and videos, include articles from guest writers, and even share art and poetry from LGTBQ+ icons. And if you really want to dig in deep, there are virtual tours that can take you on a walk-through of neighborhoods and sites that were host to the most pivotal moments of LGBTQ+ history.

They say knowledge is power, and when it comes to allyship and the LGTBQ+ community, that is certainly true. Given how long the community was forced to hide from the mainstream, there is still quite the knowledge gap. You can help your team bridge this with a seminar that digs into the details of gender identity and the LGBTQ+ community as a whole.

There are so many organizations that help LGBTQ+ individuals that you could contribute to, from The Trevor Project to the Bea Arthur Fun at the Ali Forney Center. Because LGBTQ+ individuals face higher rates of homelessness, mental health disorders, and suicide, contributing to charities that focus on them stands to position the community to craft a more positive history moving forward.

Seminars on history and allyship are great, but ask any teacher and they will tell you we always learn when we are having fun. While the topics associated with this month can be quite heavy, you can lighten things up by focusing on various aspects while having fun. LGTBQ+ musical bingo, anyone?

And if a game night isn’t your team’s style, perhaps a movie night is. Check out the following LGBTQ+-centric movies below for some inspiration:

Reiterate Your Policies Related to Diversity and Inclusion

Finally, don’t hesitate to remind everyone of your company’s policies regarding diversity and inclusion. It is one thing to have these written down in the handbook; it is another to ensure that everyone knows they are more than just words on paper. Take the time to restate your policies and what they mean to your company. 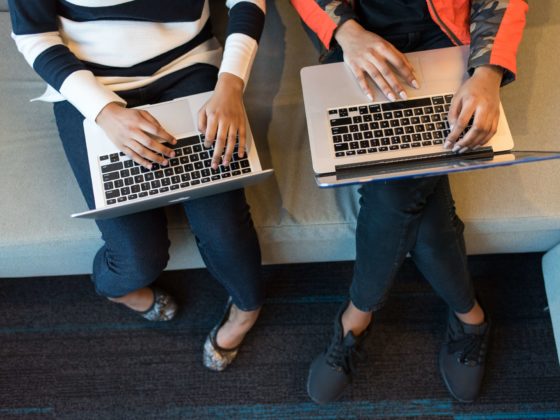 What can Workplaces do to Support Women Better 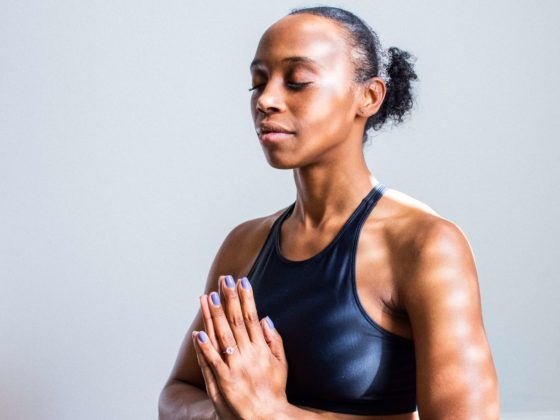 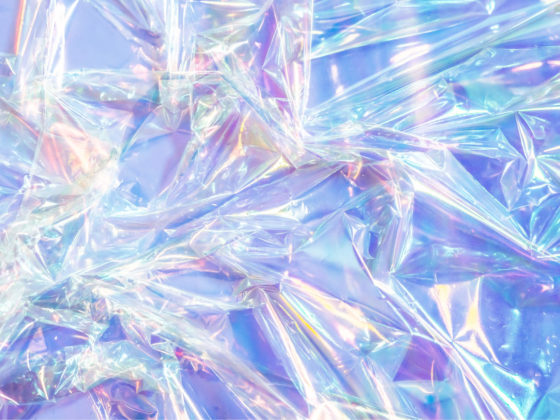 How to Start a Recycling Program at Work 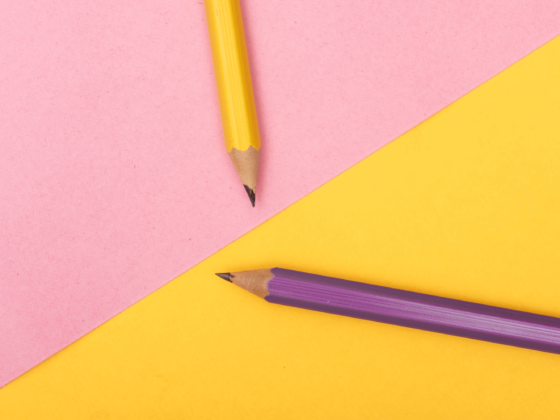 How Managers can Reduce Stress in the Workplace 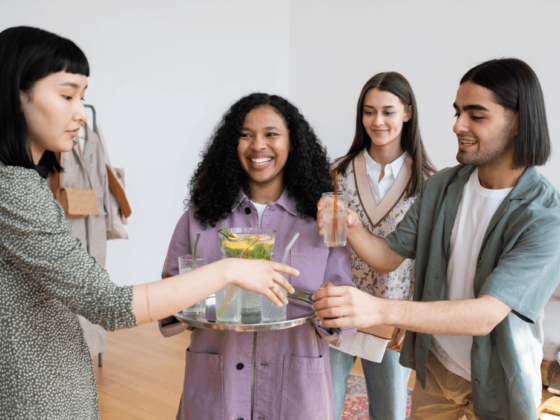 10 Employee Retention Strategies to Ward Off the Great Resignation 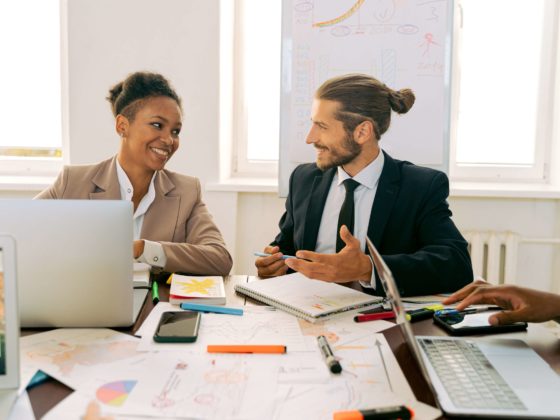 7 Ideas for Employee Professional Development in 2022